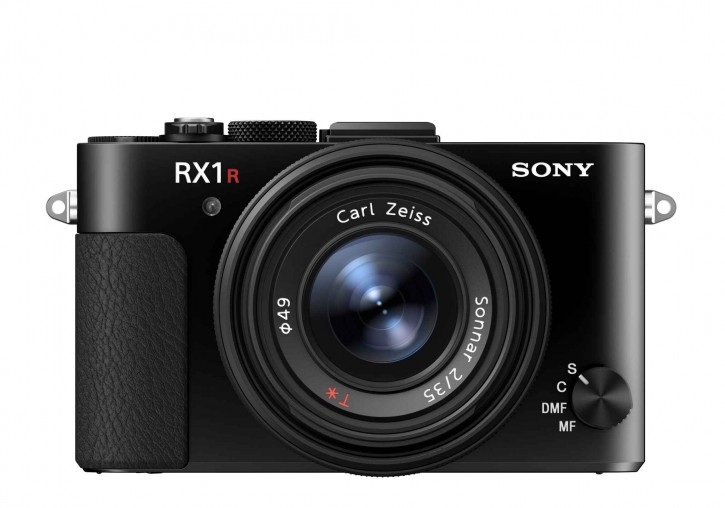 New York. October 14. Sony President and CEO Kaz Hirai unveiled the new palm-sized full-frame RX1R2 Camera. He said, “Today, I am pleased and honored to introduce the next iteration of our RX1 series — the new Sony RX1R Mark II.

“I love cameras. I happen to be a very avid photography and camera buff. I delivered newspapers when I was in Junior High School and saved up for my first SLR camera. It wasn’t a Sony because Sony was not in the still camera business back then. I used to do a lot of darkroom work. I still remember why it’s important to use Photo-Flo when you develop the film. I remember what a grain focuser was and I can still remember the smell of the chemicals.

“At Sony, we pride ourselves on providing a wow factor, not only with the technology but also through some of the emotional qualities we put into our products—the way it feels in your hand, the design, the pride of ownership.” Most eye-popping for me was the superb pop-up Electronic Viewfinder (EVF). Previously, if you wanted an EVF on your RX1, it was an accessory attached to the top hot shoe that added extra bulk and made it harder to slide into your pocket or belt pouch. The new 2.4 Megadot EVF on the RX1R2 is similar to the ones on Sony’s RX100 Mark 4 — but better. When you push the release button, the EVF not only pops up from the camera body, but it also extends the optics into the correct viewing position. To close, you simply push straight down. I look forward to a similar mechanism on the next RX100, perhaps a Mark 5. The viewfinder has 4 glass elements, including two aspherics, with 0.74x magnification, crisp ability to focus, and minimal distortion. The RX1R2 variable OLPF lets us manually adjust the amount of birefringence. Basically, an OLPF consists of crystalline plates. When light goes through it, each plate splits the beam and produces a double image—making it slightly “blurry,” which reduces aliasing and moiré.

The variable OPLF of the Sony RX1R2 works by applying voltage to a liquid crystal layer sandwiched between two optical plates. Voltage off sends light straight through, without “diffusion.” Voltage on splits the beam into a symmetrical microscopic pattern. So, now we can abalance of image resolution and presence of moiré or color artifacts to match the subject. There are 3 settings for the variable low-pass filter: “off”, which is comparable  to having no low-pass filter and gives priority to resolution; “standard”, which balances  resolution and removal of artifacts; and “high”, which emphasizes reduction of moiré and artifacts. Let’s say you are photographing an amazing landscape: no filter. But the next shot is a cowboy with a hopelessly plaid shirt: yes, high filter. Helpfully, there’s even a low-pass filter bracketing mode, so you can compare the effects of different settings later on.

This is an interesting, user-selectable electronic variation of shop-swappable OLPFs on RED Epic and Sony F55 cameras.

The new RX1R2 camera has a back-illuminated 35mm full-frame CMOS sensor with approx. 42.4 effective megapixels. I think it’s the same sensor as the a7R2. ISO is  100-25,600, expandable from 50 – 102400).  The sensor’s back-illumination, with new circuits  and copper wiring, processes data approximately 3.5x faster than the original RX1R.

The fast 35mm f/2 ZEISS Sonnar full-frame lens is matched specifically to the sensor. And the sensor housing is attached directly to the back of the lens. Mark Weir explained the benefits of the fixed and attached lens: the rear element sits extremely close to the sensor, almost touching it. The lack of lens mount lets the designers put many of the components into the actual camera lens cavity. The lens has a Macro shift ring for focusing on things as close as 14 cm (5.5″) in front of the lens. There are 9 aperture blades and wide f/2 aperture help create what Mr. Hirai described as “a taste of bokeh that is amazing.”

There’s no focal plane shutter common to most interchangeable lens cameras. A focal plane shutter travels across the entire width of the sensor, which takes up space, can add vibration, and slows things down. The RX1R2 has a shutter that is inside the lens itself, like venerable Hasselblad classic leaf style shutters. This allows a significant reduction  in body size and up to 1/2000 sec flash synch speed because the entire sensor is exposed at the same time.